Why the XPod was created 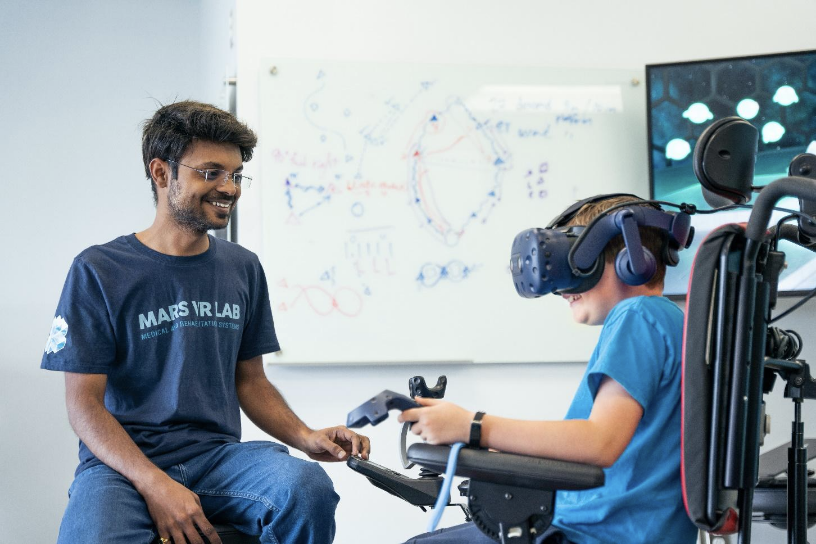 How the XPod started

Little did I know in March 2020, we would be shutting the doors to Halifax VR. This would lead Danny and I on a journey to focus on MARS VR Lab. Although MARS had been in the works prior to COVID-19, the pandemic allowed us to focus our attention on the company and building the XPod.

After 15 years of Web 2.0, SaaS design, development, and commercialization, I was looking for a new challenge. The rise of VR gave me this perfect opportunity to move forward into a whole new world of building software that was right on the bleeding edge of what’s possible. This brought a breath of fresh air into my career that felt a little played out. Danny and I started Halifax VR as a way to passively generate opportunities and connections in the VR space, giving us exposure to the in’s and out’s of people of all ages, from all walks of life experiencing VR for the first, second or 50th time. We began to see the potential VR could have on people’s lives and wanted to make a bigger difference. Danny and I didn’t know what kind of projects and opportunities would come at us from just planting a flag in the ground in this new VR world, but we knew it would be interesting and exciting. One day we got an email from an occupational therapist and doctor at the IWK Rehabilitation Center that were looking for a VR solution related to children’s rehabilitation. Danny and I realized immediately that we could create something that would fill that need and potentially help a lot of children. This was something we both got excited about and were ready to take on. This was the start of the XPod and our partnership with the IWK to create a safe and fun experience for children in physical therapy who are learning to use assisted mobility.

The First Stages of the XPod

In the first stages of XPod development, there were many prototypes. In fact, when I first started working on the prototype of the XPod, the chair would only drive forward and backward but couldn’t turn around. Who knew Quaternions and Euler Angles are different! One of the major challenges was to develop a joystick that would replicate the feel of a real chair perfectly, but work in virtual reality. This meant there were many versions of the joystick in the beginning. Including a monster made of wood and a ⅛” flat bar! This later evolved into our current 3D printed designs. The next big design challenge was to work out the dynamic physics of a drive system that would support all the various driving modes of an average power wheelchair. Then we took that to the next level and made it so you can switch modes with a button click from front-wheel drive, to rear and mid-wheel drive models. We built-in safety features to ensure the wheelchair would not tip over while in VR for new drivers, and visual vignette for those sensitive to VRISE (Virtual reality induced symptoms and effects) or motion sickness, and much much more. Creating the XPod gave me a new sense of purpose. It was eye-opening to learn the challenges people in powered wheelchairs faced every day. When I first tried powered wheelchairs at the IWK Rehabilitation Center, I was able to get a taste of how uncertain and uneasy I felt driving one. This gave me a better understanding of the challenges people face when they have to learn how to drive a powered wheelchair despite it representing a new level of freedom. That realization only fueled our desire to make learning fun and exciting, but more importantly safer and less intimidating for children.

Where the XPod is today 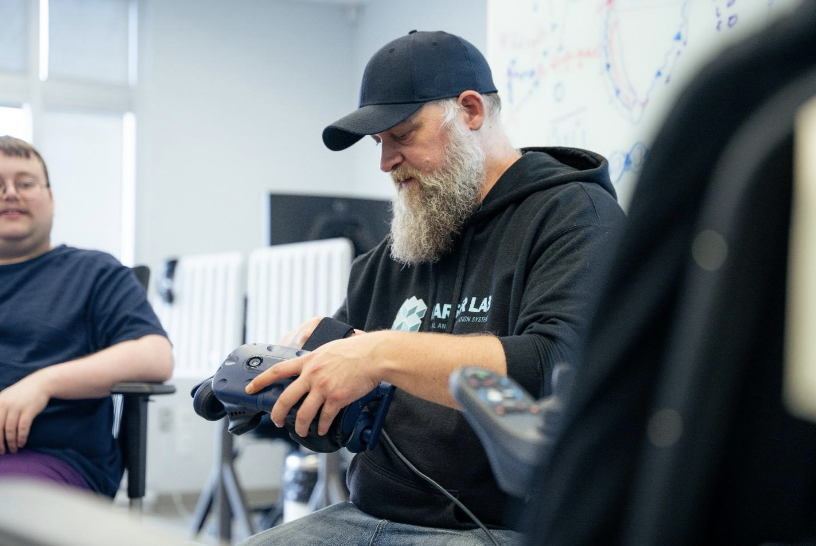 Photo of Shawn talking about the XPod

The XPod is a virtual reality application, video game, and wheelchair simulation to help children acquire the skills needed to drive a real powered wheelchair. One of my favourite things about the three-in-one powered wheelchair is that it can be customized to each person’s individual needs, allowing them to try all the different chair models. Another feature of the XPod I am excited about is the different built-in settings we have to prevent motion sickness. There are speed settings that help to customize for different skill levels. Some kids may need to go slower at first when building confidence, while others may be ready for a faster speed. One priority is to ensure that the game is designed with sensitivity to minimize flashing lights and icons. This is why it was important to make sure the XPod had different settings to customize what fits for each individual. My team and I worked hard to make it near impossible to flip the XPod in the game. This was a high priority of ours because we wanted it fun for children without any fear. We didn’t want them to have to worry about the stresses of the real world inside the game. We also needed to make it realistic, a challenging balance.

Where the XPod is today 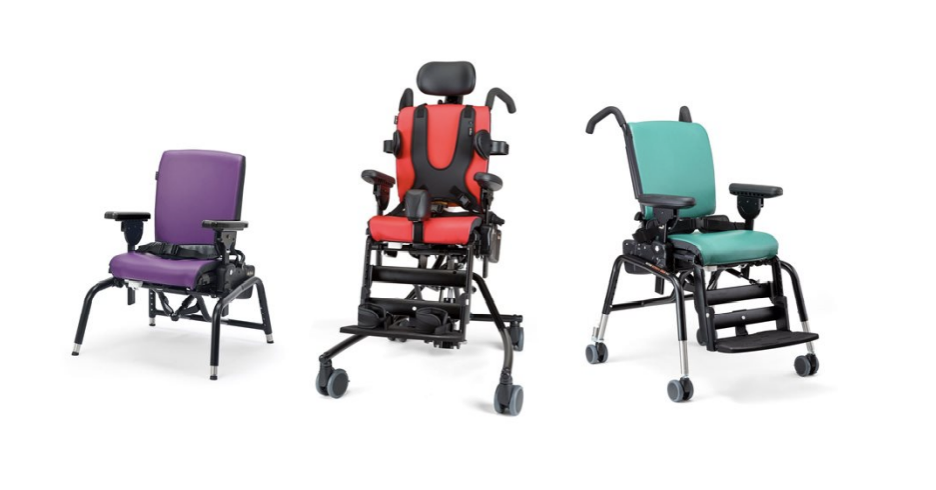 Although it was a big challenge creating and perfecting the XPod, and an on-going one, it has been the most rewarding challenge. I am excited to see where we end up with the XPod. Right now, we are in phase one of our clinical research trials. This phase is where trained clinicians will test out the XPod and provide us with structured feedback. Once we are in phases two and three, experienced powered wheelchair users will be able to test the XPod and give us their feedback as well, leading into a final development push before we take the XPod to market.


We plan to eventually make the XPod a ready-to-take home application that can be used in the comfort of people’s living spaces. My personal goal for the XPod is to make it a product with endless possibilities and flawless immersion, to help people needing training and rehabilitation in any care center across the world. The long-term goal is to create a bigger VR ecosystem of applications for various medical purposes, and the XPod is just the beginning.

If you liked what you read, follow Shawn on his LinkedIn page to learn more about his work at MARS VR Lab